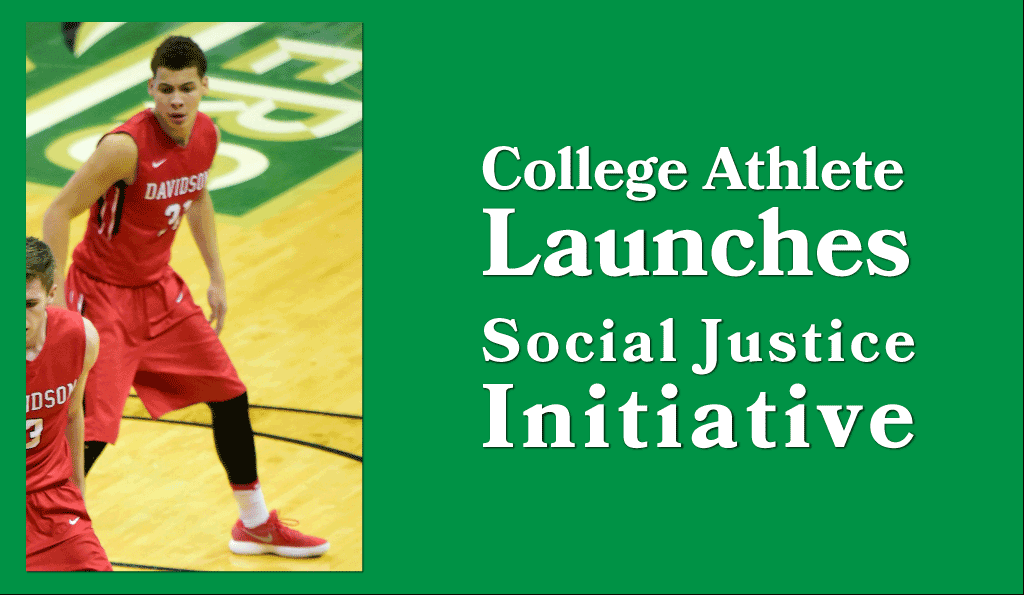 Kellan Grady is a rising college athlete. For most of his life, basketball has been a huge part of who he is. But according to Kellan, his identity is deeply rooted in generations of social justice advocacy. Now, he’s launching his own social justice initiative.

Kellan Grady is a guard on the Davidson Wildcats men’s basketball team.  The young athlete has quickly become known in the league for his confidence on the court.  To say he lives and breathes basketball would be an understatement — it’s his life.

But if you ask Kellan what drives him, it’s not just his passion for the sport.  Instead, he’s motivated by generations of passionate leaders in his family.  His grandmother, Sophia Theresa Williams was only 18 years old when she led the Women’s March in Pretoria, South Africa — a historic protest that fought back against Apartheid-inflicted segregation.  His grandfather, Henry Benny Nato De Bruyn was also an active participant in the movement.  His mother has also been a social justice advocate all her life.

Now, Kellan is carrying on his family’s legacy of social justice as an outspoken, vocal and passionate activist in the US.  He explains that social justice is “part of [his] core.”  Fighting for black equality isn’t just something Kellan and his family do — it’s who they are.  Stepping up to the plate to make his own impact, Kellan recently established CARE: College Athletes for Respect and Equality.  The initiative hopes to motivate others and push for progress through education and community outreach.

Do you need Renters Insurance for your first apartment?